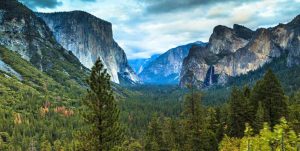 Madrid (Spain) – December 24, 2019 (travelindex.com) – International tourist arrivals grew by a further 4% between January and September of 2019, the latest issue of the UNWTO World Tourism Barometer indicates. Tourism’s growth continues to outpace global economic growth, bearing witness to its huge potential to deliver development opportunities across the world but also to its sustainability challenges.

Destinations worldwide received 1.1 billion international tourist arrivals in the first nine months of 2019 (up 43 million compared to the same period of 2018), according to the latest World Tourism Barometer from the World Tourism Organization (UNWTO), in line with its forecast of 3-4% growth for this year.

The global economic slowdown, rising trade, geopolitical tensions and prolonged uncertainty around Brexit weighed on international tourism, which experienced a more moderate pace of growth during the summer peak season in the Northern Hemisphere (July-September).

UNWTO Secretary-General Zurab Pololikashvili said: “As world leaders meet at the UN Climate Summit in Madrid to find concrete solutions to the climate emergency, the release of this latest World Tourism Barometer shows the growing power of tourism, a sector with the potential to drive the sustainability agenda forward. As tourist numbers continue to rise, the opportunities tourism can bring also rise, as do our sector’s responsibilities to people and planet.”

This highlights the importance of mainstreaming tourism in national export policies to broaden revenue streams, reduce trade deficits and ensure sustainable development on the long run.

The world’s top ten earners saw mixed results in international tourism receipts through September 2019, with Australia (+9%), Japan (+8%) and Italy (+7%) posting the highest growth, while China, the United Kingdom and the United States recorded declines. Mediterranean destinations were among the strongest performers in terms of earnings, both in Europe and the Middle East and North Africa region.

Europe’s pace of growth slowed down to 3% in January-September this year, from double that rate last year, reflecting slower demand during the peak summer season in the world’s most visited region. While destinations in Southern Mediterranean (+5%) and Central Eastern Europe (+4%) led results, the regional average was weighed down by Northern and Western Europe (both +1%).

Also slower than last year, although still above the global average, growth in Asia and the Pacific (+5%) was led by South Asia (+8%), followed by South-East (+6%) and North-East Asia (+5%), while Oceania showed a 2% increase.

The 2% increase in the Americas reflects a mixed regional picture. While many island destinations in the Caribbean (+8%) consolidate their recovery after the 2017 hurricanes, arrivals in South America were down 3% partly due to a decline in Argentinian outbound travel, which affected neighboring destinations. Both North America and Central America grew 2%.

The United States (+6%) led growth in international tourism expenditure in absolute terms, supported by a strong dollar. India and some European markets also performed strongly, though global growth was more uneven than a year earlier.

China, the world’s top source market saw outbound trips increase by 14% in the first half of 2019, though expenditure fell 4% compared to the same period last year.